Tekoa - The oil and the miracle of Hanukkah

The connection between Tekoa, the oil and the miracle of Hanukkah

“There are three regions [delineated by] bi'ur … And all of the regions are considered the same regarding [the end time of] olives and dates” (Mishna Shviit 9: 2-3). “One may eat olives until the last one is gone in Tekoa. R. Eliezer b. Yaakov said: Even those in Gush Halav” (Tosefta Shvi'it 7:15).

Although the Shabbat B’Shabbato newsletter is published in Tekoa in Gush Etzion, we prefer to identify the abovementioned Tekoa as the one situated in the Upper Galilee—not the one in Judea, the city of the prophet Amos, which is on the way to the Judean Desert. There are several reasons for this preference, but first we will explain the halakhic issue in question.

Our Sages learn from the verse, “And the Sabbath-produce of the land shall be for food for you: for you … and for your cattle and the beasts in your land shall all the produce be for consumption (Levit. 25: 6-7), that is permissible to eat fruit at home when it is still on the trees “as long as the [wild] beasts can eat in the field, feed the cattle at home; when there is no more for the beasts in the field, make an end of it for the cattle at home.”

There are three opinions as to the definition of bi’ur. First is that of the Rambam (based on his alternate version of the Mishna), namely that bi’urmeans destruction, just like in the case of bi’ur hammetz (destroying leavened bread before Passover). The Ramban holds that bi’ur involves declaring the fruit as ownerless, and that after this is done the owners can reclaim it. The Ra’avad’s opinion is slightly more complex. He maintains that there are two stages of bi’ur: first, when the fruit can no longer be found in the city and its environs. Then all of the fruit in the city must be brought to the Otzar Beit Din of that city, which then allocates to each resident food for three meals. If the city does not have an Otzar Beit Din, the fruit must be declared ownerless, in keeping with the Ramban’s ruling. The second stage, in the Ra’avad’s opinion, is when any specific type of fruit also ceases to be available throughout the entire region (see below). At that point, it must be destroyed, in keeping with the Rambam’s ruling. We follow the Ramban’s opinion, which is supported by many sources in the Talmud. The Hayei Adam, however, who intended to make Aliya, recommended observing the mitzvah of bi’ur in accordance with the Rambam’s ruling: “And this is what I intend to do if G-d grants me the merit to immigrate to the Holy Land and observe the precepts of the Sabbatical year and bi’ur” (Hakhmat Adam, Mitzvot Ha’aretz19:6). 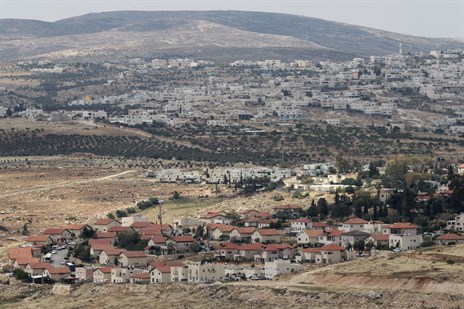 For most fruit, the Land of Israel is divided into three sub-regions: Judea, Trans-Jordan, and the Galilee, where we ascertain whether the fruit still exists in the self-same region. When the type of fruit no longer can be found on the trees of Judea, even if it still hangs on those in the Galilee,bi’ur must be done in Judea. There is a different rule for dates and olives, however; here, the entire Land of Israel is considered to be the same region. So all we have to do is ascertain where is the last place it is still possible to find olives on the trees. We assume that it would be an area with a cool climate, where fruit are late in ripening, and so it would still be possible to find them on the trees at a relatively late time in the year. The Tosefta raises two possibilities: Tekoa and Gush Halav.  The Galilean Tekoa is identified today as Hurvat Shema, adjacent to Meron, and is 700 m above sea level. Gush Halav is not far away, and it seems it is at a slightly higher altitude.

We also hear about Tekoa and Gush Halav in another place in relation to oil. The Mishna (Menahot 8:3) states that “Tekoa has the choicest oil.”  That is, its oil is the best for the minhah sacrifices, and even more importantly, it is optimal for lighting the Menorah in the Beit Hamikdash, for which the oil must be of the highest quality (see ibid., 8:4).

The Talmud relates that Yoav ben Tzruya went to bring a wise woman from Tekoa to convince King David to allow Avshalom to return home. In this context, it quotes R. Yohanan, the famous Galilean Amora: “Since they are used to [eating] olive oil, they are wise.” Right after this statement, the Talmud discusses the blessing Moshe gave to Asher: “He dips his foot in oil,” which was fulfilled in full in his portion, citing the large quantity of oil produced in Gush Halav (which is in Asher’s portion). Since these two accounts are mentioned in close proximity to each other, we learn that Tekoa discussed in the Talmud is the one in Asher’s portion, not in Yehuda’s.

In addition, in the Jerusalem Talmud (Shviit 9:2), Meron is mentioned in place of Tekoa (the former being directly adjacent to Hurvat Shema, identified as the Galilean Tekoa), with only the Akbara Stream (at the Meron parking lot segment) separating them. Pinchas Na’aman states the 13th-century the Arab geographer Yakut mentions the excellent date honey in the Judean Toqoa, but does not mention olive groves in this context.

R. Shimon bar Yohai’s study hall was located in Tekoa, which is where Rebbe (Rav Yehuda HaNasi) learned Torah from him (after the major Torah center in Israel relocated to the Galilee). The grave of R. Shimon bar Yohai is, indeed, near Tekoa and can be seen from there. It is interesting to note that the olive oil, the wisdom, and the secrets of the Torah all come together here in the most wonderful way. Hurvat Shema is the site of the graves of Shamay Ha-Zaken and his wife, as well as ruins from a synagogue dating back to Talmudic times.

In conclusion, something in honor of the approaching holiday: the Meiri explains the need for the miracle of the oil to last for eight days: the trip to Tekoa, the site with the finest olives for olive oil, took four days on foot. This cannot be said of the Tekoa in the Judean hills, which is much closer to Jerusalem. 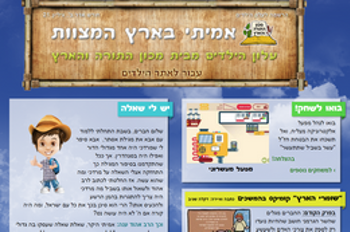